Noble Master Games releases Age of Conquest IV, a simultaneously executed turn-based grand strategy wargame. It is a mix between "Risk" and "Total War" including diplomacy, messaging and governing. The goal of the game is expansion and eventual victory by taking over the world. In addition, similar to Chess, each nation needs to make sure to keep their king safe from enemy capture or the game is over. 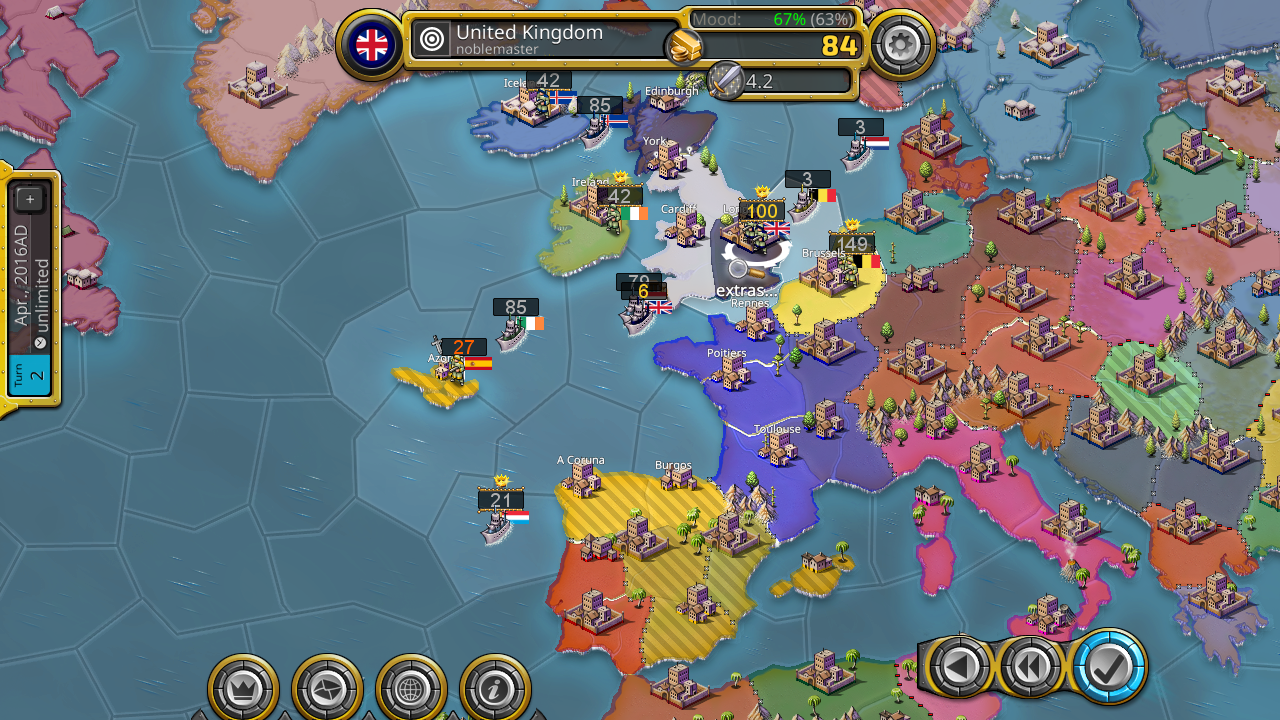 A player commands his armies in one of the many ancient to modern countries including the Roman Empire, the Greeks, Carthage, Sparta, Britain and the United States. From Rome to Celtic nations, one creates his own warring experience, wages colossal wars solo, against the AI, or takes on gaming friends in multiplayer games. One can form alliances and fight co-op style with the AI and other players for ultimate victory. The game supports cross-platform multiplayer matches against players on PC, Mac, Linux, Android and iOS (pending approval).

The dev. team is a global affair, with contributors from Tokyo, London, Ohio, Boston, St. Petersburg (Florida), Switzerland and South Africa. The artist on the project, Tony Hager, a 2D/3D artist has worked alongside Nick Lee and Dan Malone from the Bitmap Brothers. He is a veteran of the 2D-era and previous titles include Sims 2, The Incredible Hulk and Transformers mobile. Sean Beason (EA) brings his industry experience to provide professional music scores to games. Dr. Holger Mauch helped draft the AI for the game.