Aevum Obscurum is a turn-based interactive multiplayer strategy game with the objective to world domination in a 14th century setting.

In one game you form alliances with other reigning or budding and struggling regions then one by one take control of it until the world is yours. The game enables players to compete in a multiplayer fashion which allows for online gaming anytime from anywhere in our actual world without the necessity of other players being available at the time of your play. The game is easy to learn and only takes about ten minutes a day to play; perfect for busy professionals who want to compete with or against their friends and foes. 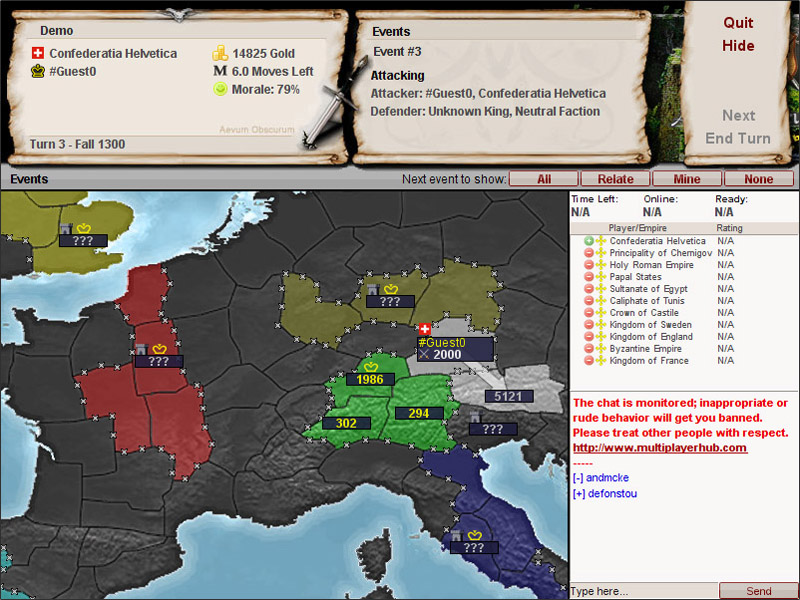 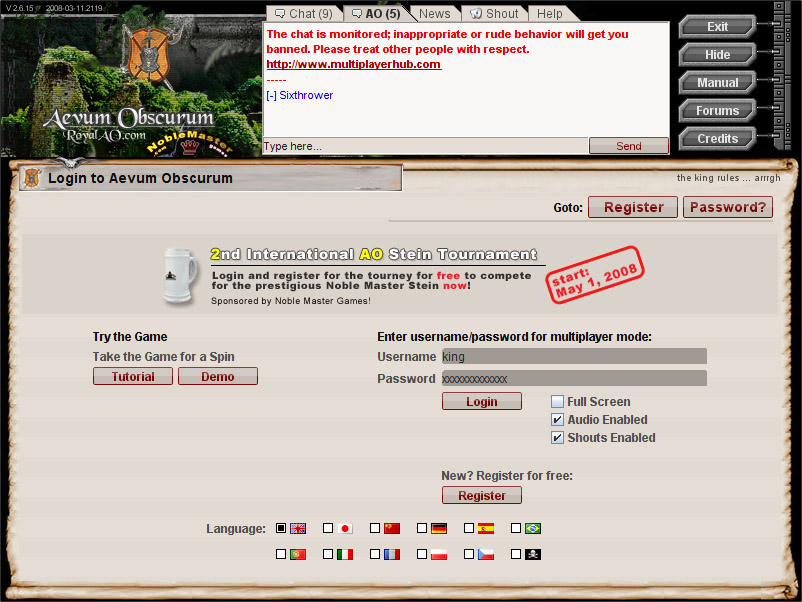 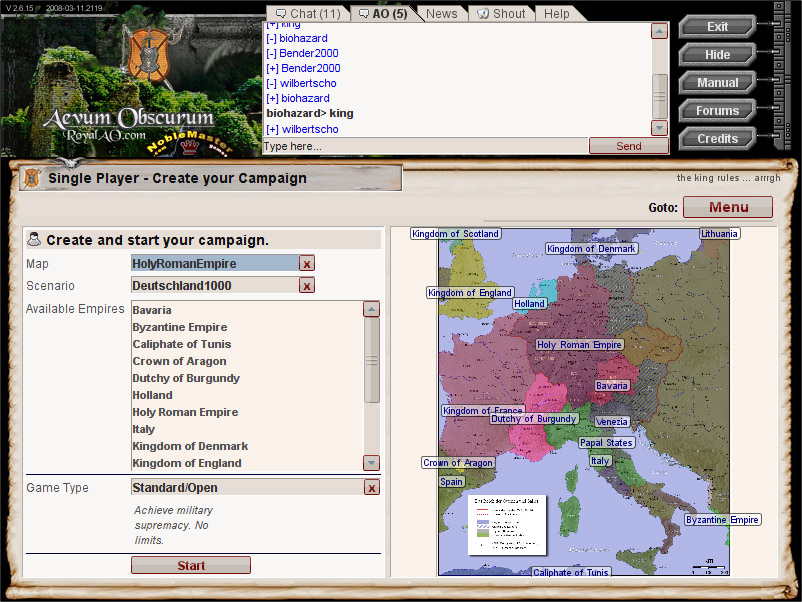 Christoph Aschwanden, CEO and founder, states "The game has received a constant increase in numbers of players just within the last year of 2006. Aevum Obscurum was moved to a new server last month to support the ever increasing player base. Nevertheless, it's very difficult to compete with big companies in the gaming arena, which have tens of millions of dollars to spend to promote their games. We are just a small fish trying to get the word out on a strategy game that's exciting, engaging, and challenging to play."

However, according to players the game is not just a one-stop phenomenon, "AO is a game in the classic strategy mould, simple to learn but much harder to master." - Nathan, UK. "It's simply the most addictive game I ever had the chance to play." - Valerio, Italy. "I do not play other computer games any more. I just lack the time since I found AO." - Christian Bold, Germany.

Aevum Obscurum is available for PC and Macintosh computers. The game has been translated to multiple languages including English, Spanish, Italian, German, Japanese, Chinese and Portuguese connecting players from all the five continents. The game has reached a base of 10000 players in March 2007. "Global domination has never been so easy" - Ian McDougal, USA.

Free demo and free turn-based multiplayer mode are available for a try out. If you like it, full access membership with unlimited single player and real-time multiplayer can be obtained for $19.99 per year. Download and information are available at http://www.aevumobscurum.com.